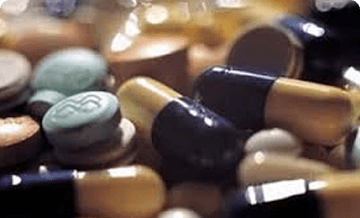 Vice President M. Venkaiah Naidu recently said that world-class drugs with unwavering quality at very affordable prices are the necessity of the hour. Naidu urged the Indian Pharmaceutical industry to stay committed to high standards of quality in drug manufacturing and quality frameworks. Calling for strict adherence to global standards in manufacturing drugs, he exhorted the industry to earmark more resources for locating new molecules and new drugs without compromising on the affordability of medicine.

Addressing the 2nd decennial celebrations of Sarojini Naidu Vanita Pharmacy Maha Vidyalaya, in Hyderabad, Naidu stressed the necessity to offer a thrust to research and innovation. New healthcare challenges are emerging a day, especially with an alarming rise within the number of non-communicable and lifestyle diseases and cancers, he added. The vice president said that India had become the largest provider of generic drugs globally and in supplying antiretroviral drugs used worldwide to combat AIDS.

Naidu lauded the yeomen service rendered by Indian companies in providing life-saving medicines at affordable prices within the developing countries. Expressing his desire to see India emerge as the world leader in generic medicines, Shri Naidu wanted the young researchers to also work towards standardizing and benchmarking Indian systems of medicine. He wanted them to use globally established experimental protocols, to establish the efficiency, validity, and efficacy of the traditional medicines.

Naidu asked the Pharma companies to develop new molecules and medicines to combat a number of the lesser-known diseases, particularly the group of diseases called “rare diseases”. Saying that the number of individuals affected by rare diseases was estimated to be quite 70 million in India, the vice president said that it had been important for the Indian Pharma industry to seem into the necessity for developing low-cost drugs (Generic Medicine) for treating rare diseases.